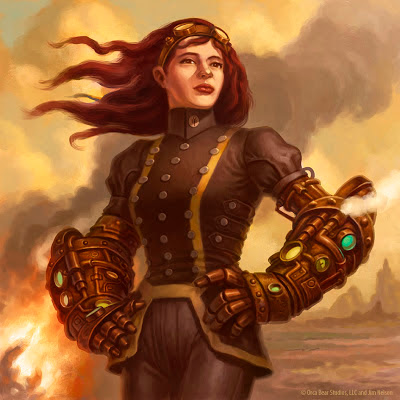 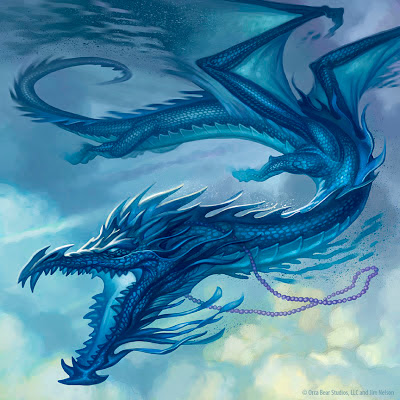 In March, I was contacted by the nice people at Orca Bear Studios, LLC and asked to work on some art for their developing trading card game, Keepers of Grimoire. It's a fantasy world with some unique twists of it's own and I had a great time working on it. I'll post some of the work I did over the next week or two. To begin, here's a dragon who is actually composed primarily of water (aren't we all?), which is streaming off his extremities as as he flies and a female character named Karina, who's sporting some stylish "steampunk" gauntlets.

You can learn more about Keepers of Grimoire at the game's site, www.keepersofgrimoire.com
Posted by Jim Nelson at 4:55 PM