Here are my paintings for the latest Hearthstone expansion, The Boomsday Project. This set was particularly fun for me because it placed an emphasis on robots and mechanical creatures and I love designing and painting robots. I had the opportunity to do just that for Boomsday (although I didn't design the Omega Defender—the power armor with the goblin operating it). 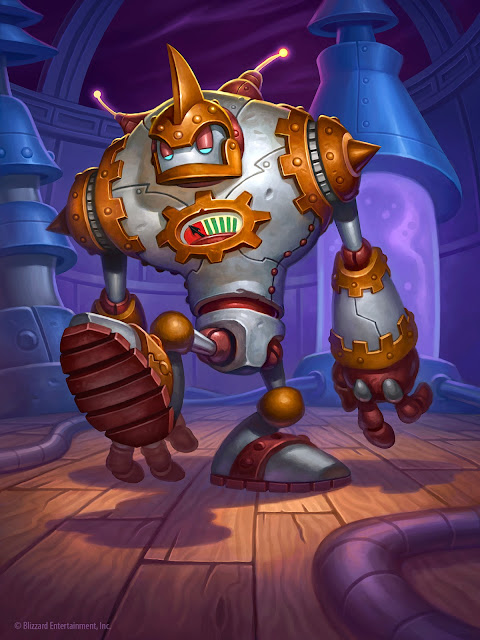 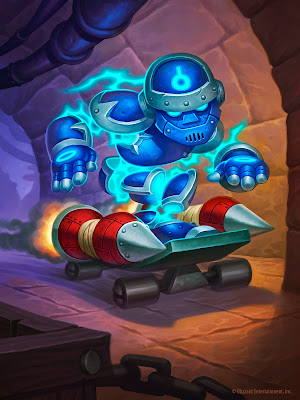 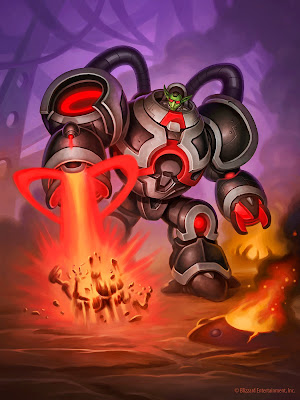 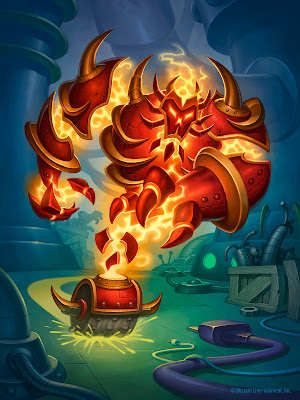 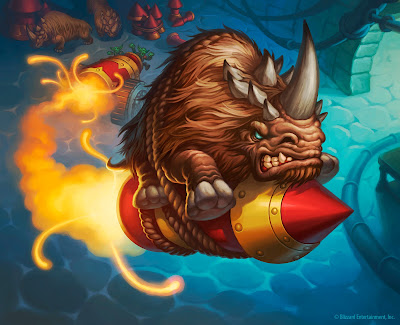 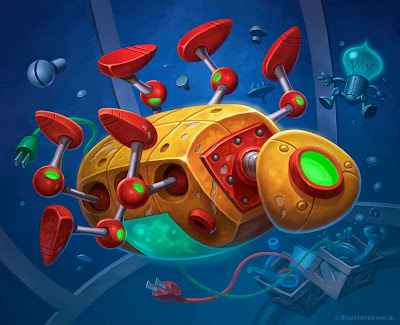 I've been updating my website, Behance portfolio, Artstation site, social media, etc. pretty regularly and in the midst of all that activity, I forgot to keep up with this blog. I apologize. I'll get caught up and return to making regular updates.

The work below all appeared in the Hearthstone: Witchwood expansion released earlier this year. The three tree creatures represent different iterations of the same creature. 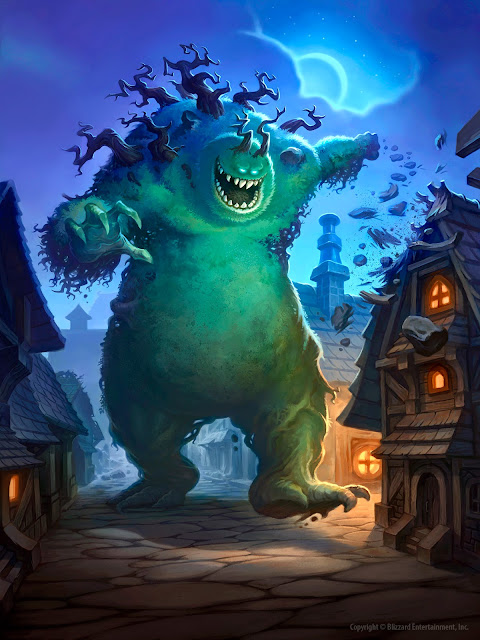 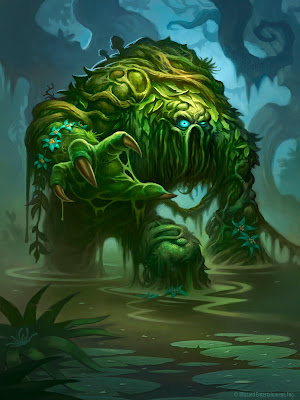 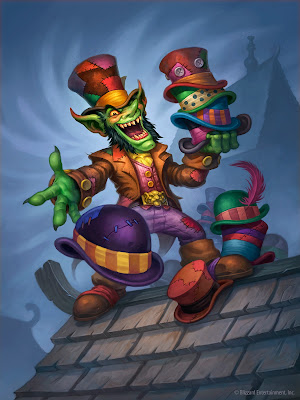 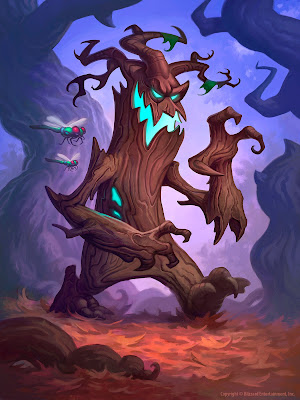 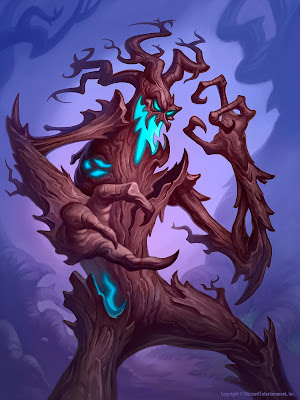 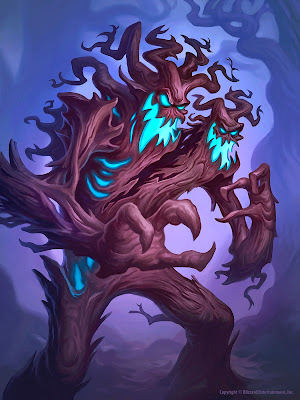 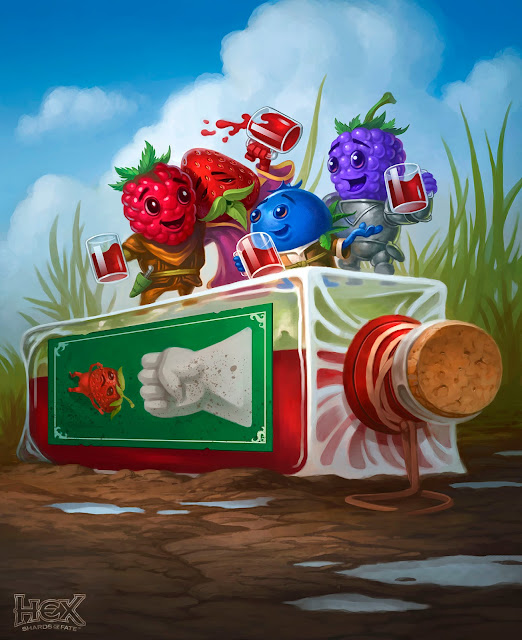 This illustration was painted for Doombringer, the latest release for the game HEX: Shards of Fate. As you can see from the picture, the game isn't all doom and gloom! The little berry characters are called "Boonberries" and they were fun to paint.
Posted by Jim Nelson at 8:12 AM 1 comment: 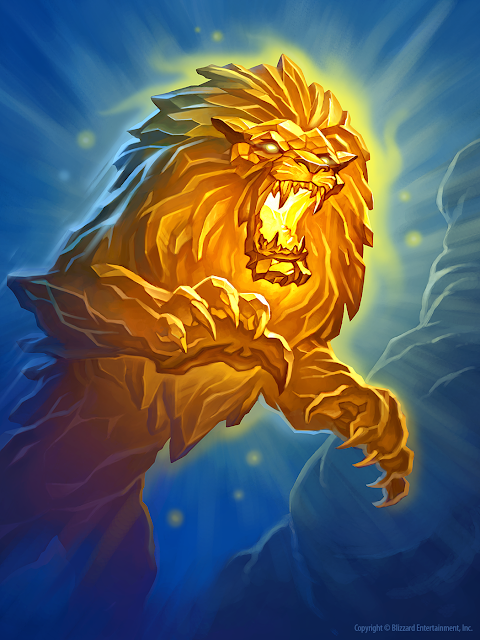 Painting this crystal lion for the new Hearthstone set, Kobolds and Catacombs proved very challenging. Thankfully, art director Jeremy Cranford offered some valuable suggestions (particularly about the glow around the lion) that helped me bring the piece home. I'm always grateful for his input.

I've included my preliminary sketch below and because I think this particular image works best when cropped into the oval shape it appears in on the Hearthstone card, I've also included a cropped version. 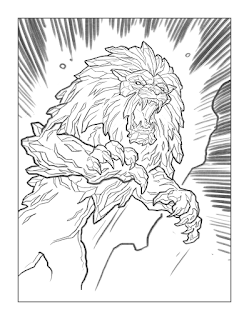 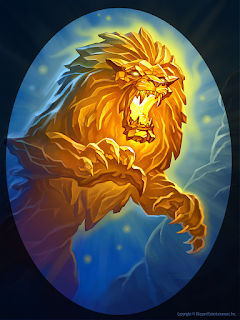 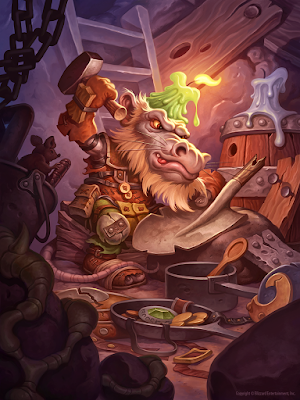 This fellow was painted for the new Hearthstone set, Kobolds & Catacombs. I had tremendous fun with this picture and it was a bit of a slow build as I worked toward getting the colors and lighting just how I wanted them. It's a bit different than some of my other work for the game, with a little more emphasis on the surrounding environment than usual. However, the focus remains on the character, as it should. I've included my preliminary sketch below and I may share some process images in the coming days. Thanks for looking! 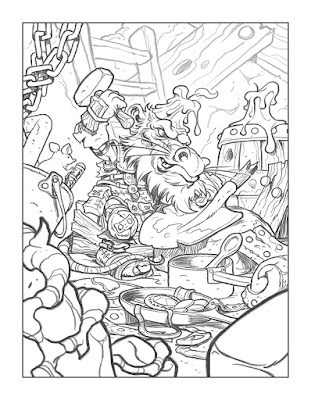 Posted by Jim Nelson at 6:47 AM No comments:

Gnawer of Rocks: The Mangittatuarjuk

Here's a "splash page" from the comics/picture book I illustrated, The Gnawer of Rocks. On this page, the ogress (called "Mangittatuarjuk" in the Inuit language) reveals herself for the first time.

The scene takes place in a dimly lit cave so this picture may look a bit dark against the white background of this blog page. Please click on it to see it larger and against a darker background. 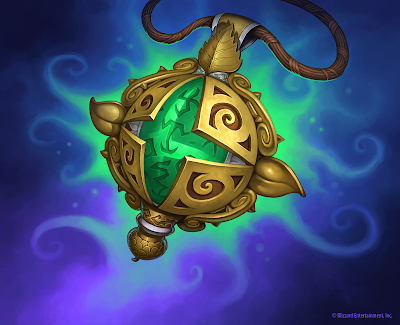 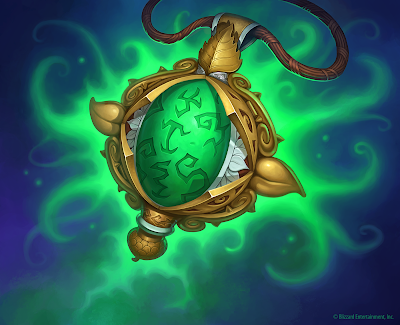 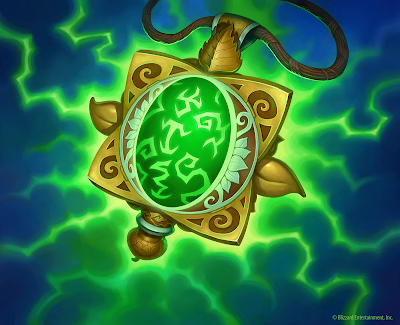