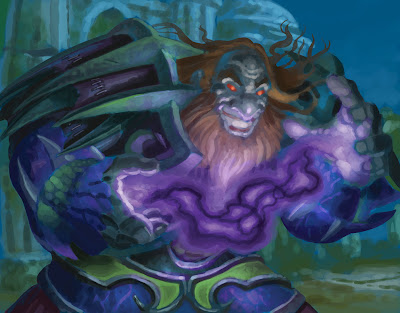 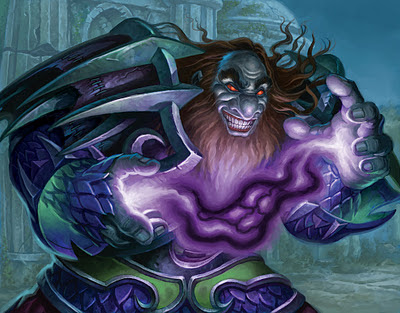 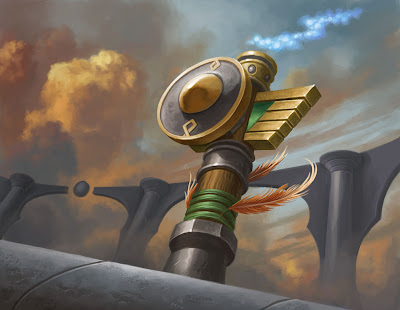 Here are two paintings from the recently released Throne of the Tides set for the Warcraft Trading Card Game. The first depicts a dwarf warlock named Hunrik Blackiron (I love the names they come up with for these characters) fiddling with dark magical energy beneath the waves. The second shows an air totem (an item from the game). While a character card contains features that will almost always be of immediate interest (faces, armor, etc.), cards depicting simple items like this totem present a different challenge. When possible, I like to go for atmosphere in a piece like this and I was very pleased with light and mood I was able to achieve in this one.
Both images were painted in Adobe Photoshop and I've included my initial color rough for Hunrik so you can see where the piece started. I actually worked into the rough a little before saving it so you can a few areas where I had begun to flesh out details.
Posted by Jim Nelson at 3:18 PM