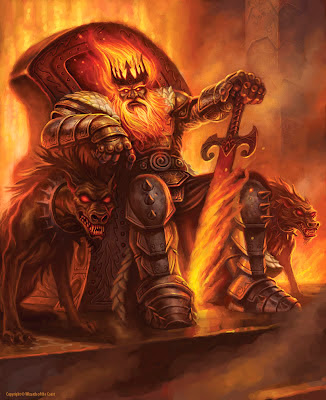 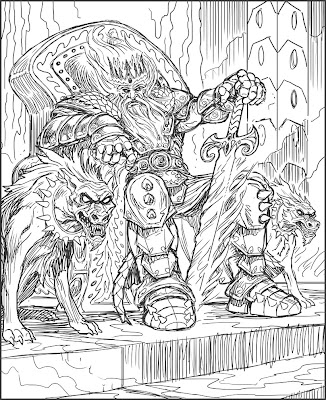 This illustration was created for the March issue of Dungeon magazine (issue #200). It depicts a character named Snurre Ironbelly and from what I understand, illustrates an article that updates a classic Gary Gygax-penned D&D adventure.
I'm including the sketch, which I actually prefer to the painting, although I'm happy with both. The creatures flanking the Fire Giant's throne are hellhounds. I can't claim their design but I was asked to include them in this scene.
The sketch and the painting were created in Adobe Photoshop. The king is partially composed of flame and is surrounded by fire and lava so I kept the colors in the picture very warm to reinforce that pervasive light and heat.
Posted by Jim Nelson at 7:59 AM