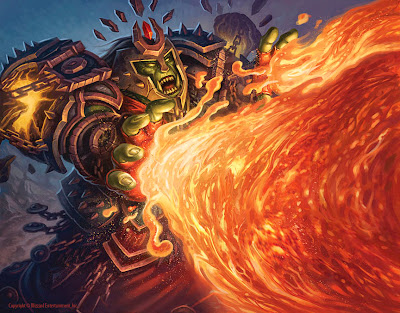 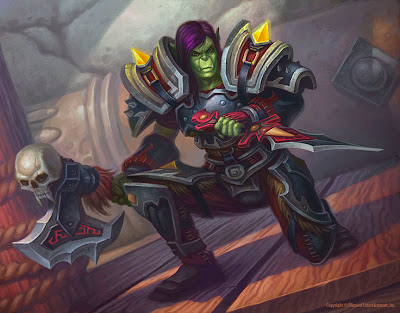 Here are two more illustrations I did for the recently released World of Warcraft card set, Betrayal of the Guardians. The first is titled Magma Blast and, as you can see, involves a character magically projecting a huge blast of molten lava from his hands. Initially, I painted the lava as a much more directional blast but eventually opted for the more swirling approach seen here. It seemed more in the spirit of a spell being cast.
Posted by Jim Nelson at 8:30 AM