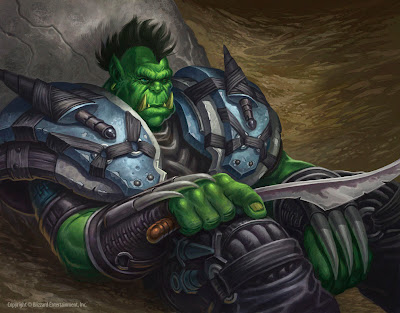 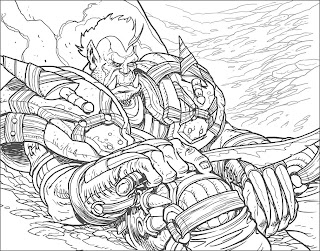 Here's a Warcraft painting from the Caverns of Time Set. It appeared on a card titled Razor Hill Lout but when I painted it, it was just "Orc Rogue" (the titles on game cards often change or added later in the process). I actually prefer the drawing of this one so I've included it above. I felt the character lost a little something in the transition from drawing to painting, which will happen sometimes. Nevertheless, I'm happy with the final art.
Posted by Jim Nelson at 7:33 AM