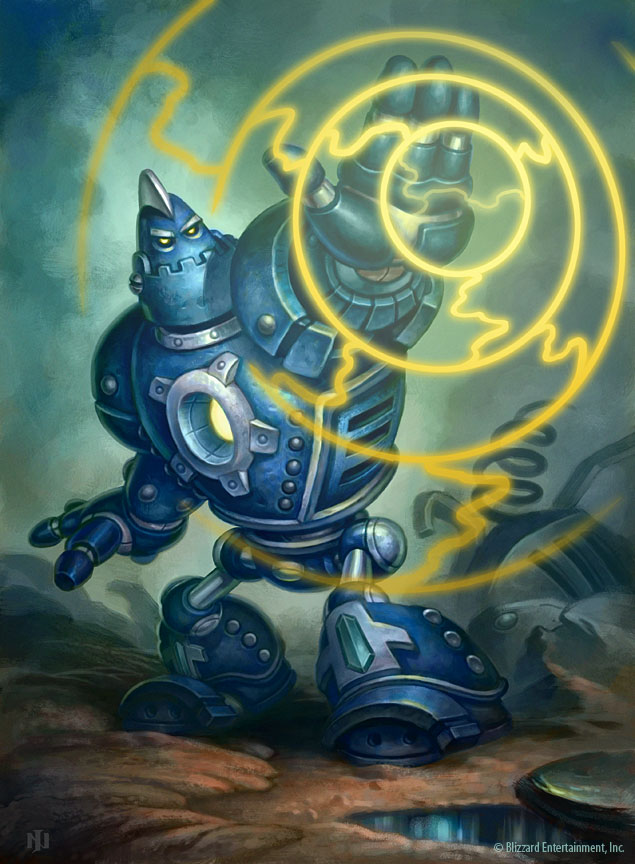 The working title for this piece was "Protector Robot" and it was sort of a dream assignment for me. I've been designing robots for a couple of years now, mainly as vector art. It's become a passion of mine, so when I was given the opportunity to design a robot for the game Hearthstone, I was thrilled. This 'bot needed to look like it belonged in the World of Warcraft universe (and as if it was built by gnomes) but beyond that, designing it was basically up to me. I'm very pleased with the way it turned out.

I've posted some process images along with the final art. The entire picture was done in Adobe Photoshop. I began with a simple line drawing, then painted a complete value study in gray. From there, using color, overlay and multiply layers, I began adding color to the grayscale image. I made additional adjustments along the way, painting into areas that needed it, pushing the value range and making the color stronger, until I ended up with a finished image that just need the final protective energy shield the robot is projecting. I initially chose a shade of blue for that as I felt it harmonized with the color scheme better. I still lean toward that color choice for purely personal reasons but the shield is painted in warm colors on the final art, to create greater contrast between it and the cool colors in the rest of the picture.

If you'd like to see some of the robot designs I mentioned above, they are all on display at: http://robotspot.tumblr.com/ 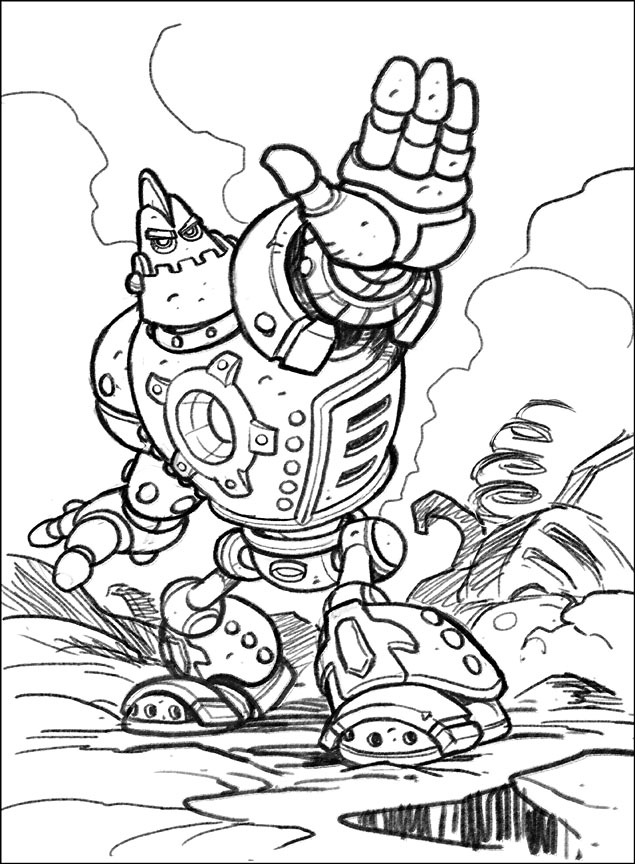 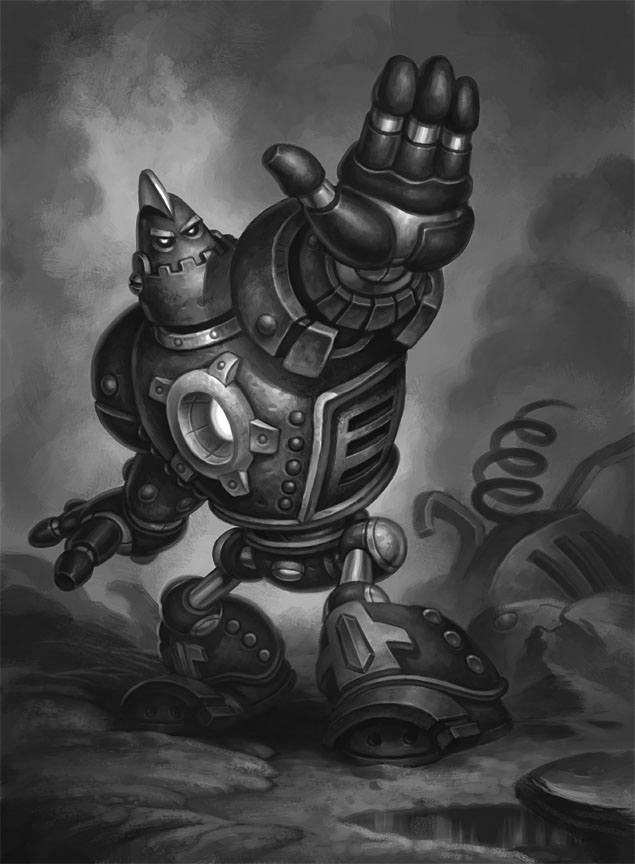 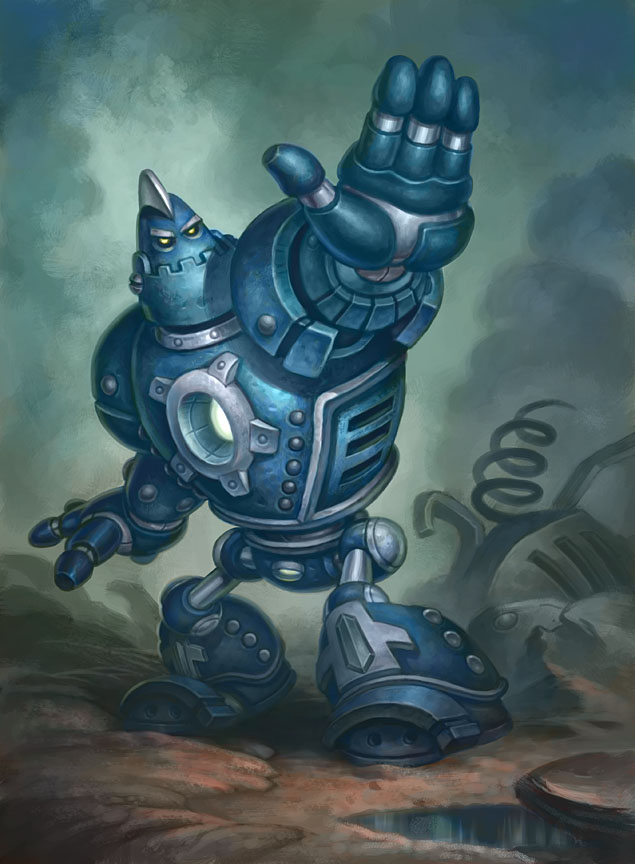 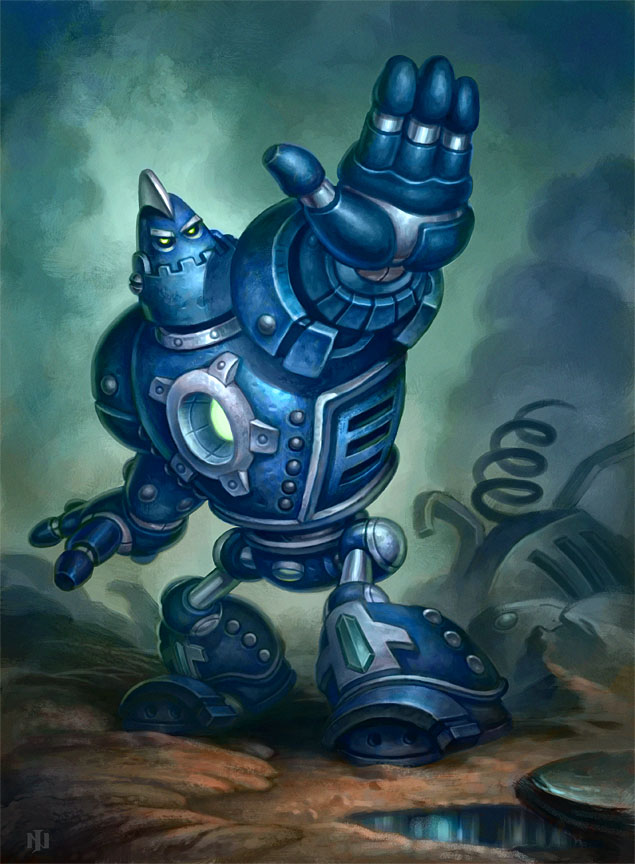 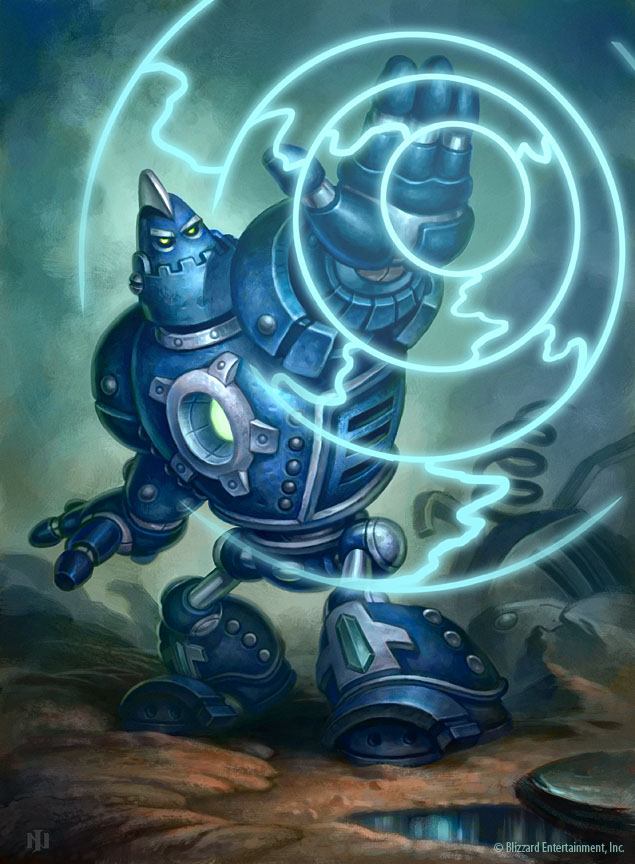