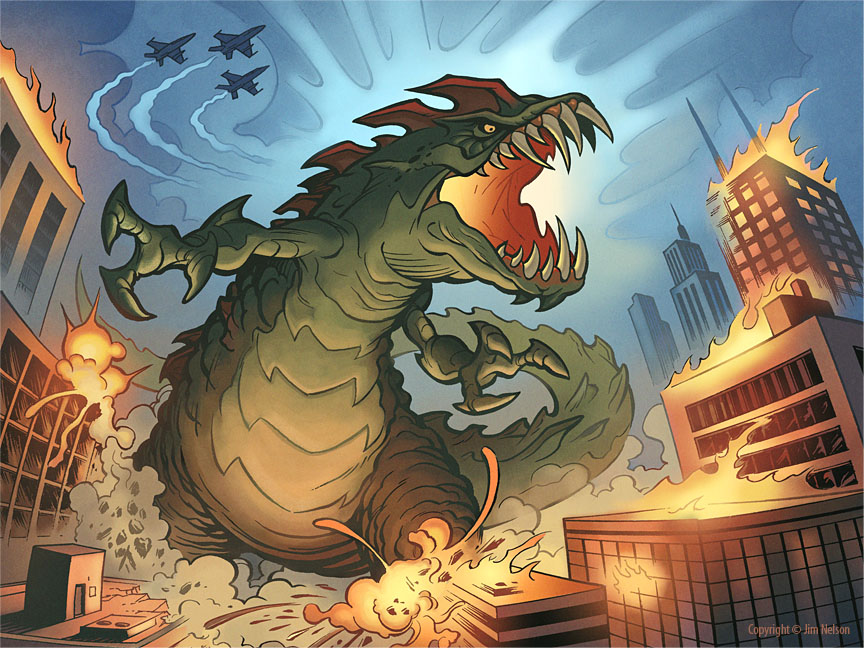 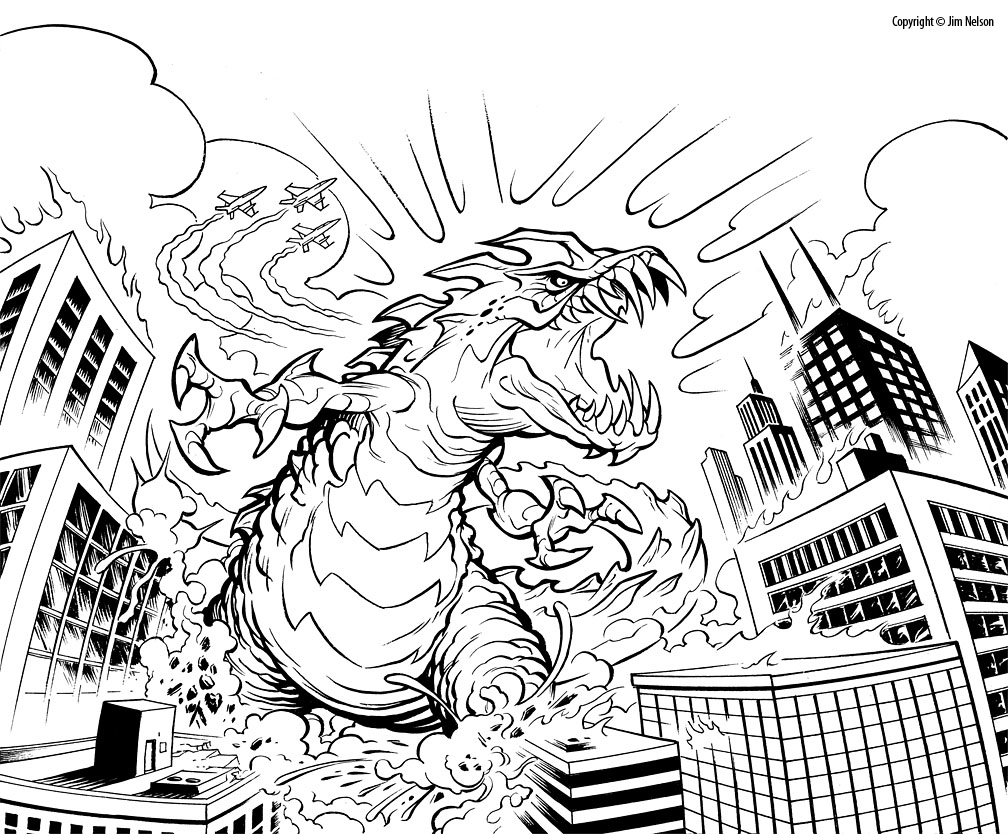 I did this illustration earlier in the year and I've been given permission by the publisher to show it, although it hasn't been published yet so unfortunately, I can't name the publisher or project just yet. When the project is released, I'll make sure to post an update.

The client wanted a "comic book style" image (ie: ink line and color) so after working out a  composition, I did a brush and ink drawing (using some micron pens for the buildings) and then applied color digitally in Photoshop. When I work this way, I usually leave the black ink line alone, allowing it strike through the color. However, in this case, I used a lot of color holds (a technique that retains the line but in a color rather than it's original black). I thought it helped bring the image together.

I've attached the full version of the artwork along with a cropped version (which, as I understand it, is how it will appear in print) and the ink drawing.

For those who don't know, Kaiju is a Japanese word that translates to "strange creature". It's most commonly used to refer to the giant monsters seen in many Japanese movies and TV shows.
Posted by Jim Nelson at 7:30 AM