Transporter Lab: A Blast from the Past 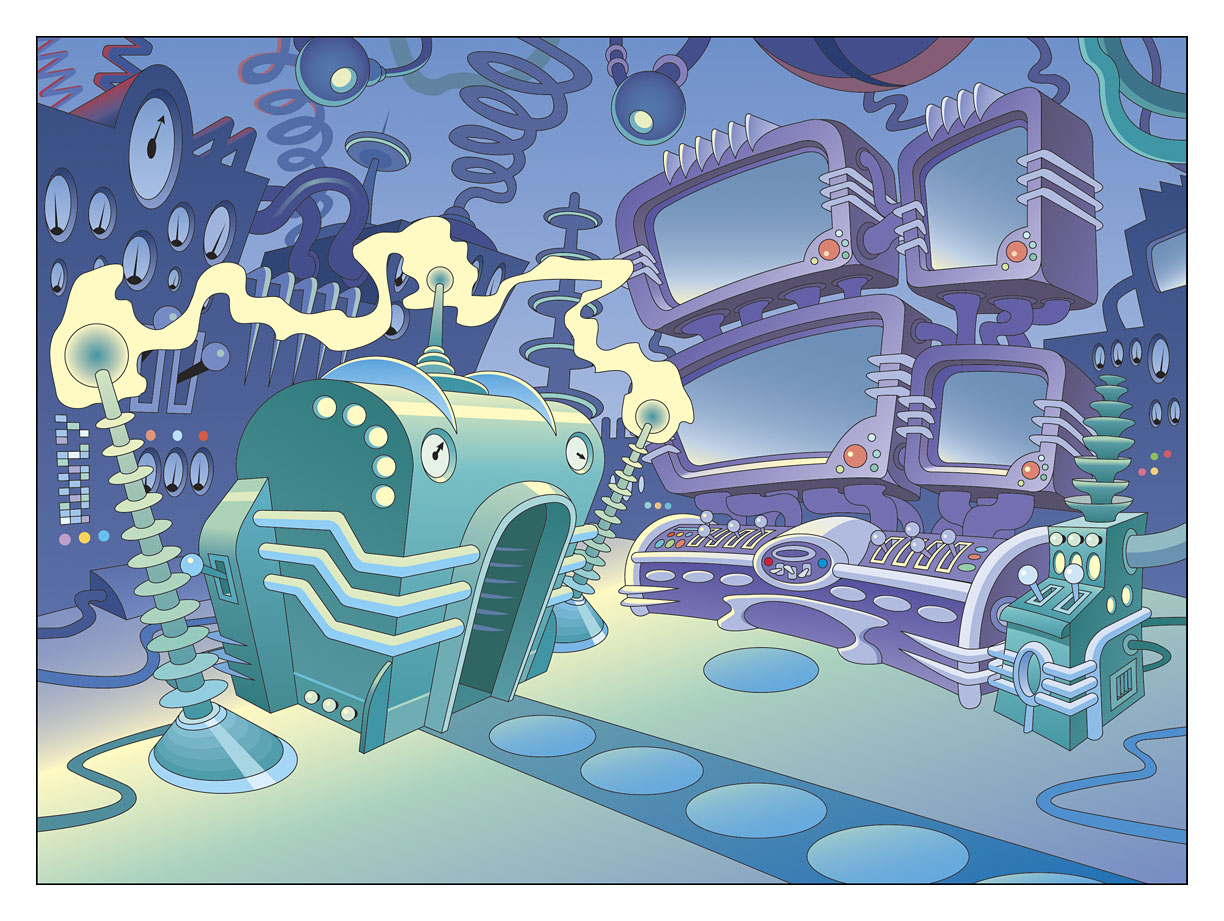 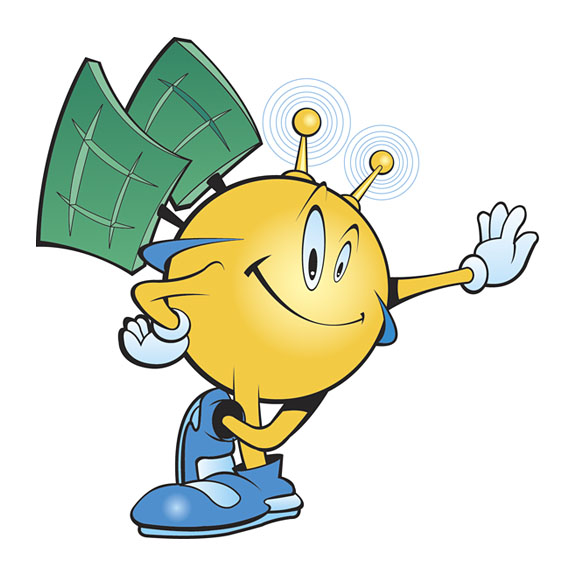 I created this vector background illustration and the odd character at left for a project that never saw the light of day. This is old work (probably from 2000 or 2001) and I had almost forgotten about it but I came across the files a few days ago and thought I'd share them.

This is vector art. The background image was intended to be the front page of a website. A visitor to the site would use a character to select a destination on the screens. The character would then proceed into the green transporter device and the browser would take you to that destination. The whole thing was going to be an online, interactive amusement park for kids, which seemed like a great idea. I was going to design all the visuals but something went awry and the project died before we could get deeply into it. However, this Transporter Lab was fun to create and I got to draw upon my love of old cartoons when designing it!

If I remember correctly, the fine line around the shapes was a request of the client, perhaps so the character would "pop" against the background. I'm not sure. If i was doing this now, I'd use a variety of line weights to add interest.

The character itself was described pretty specifically so although I visualized it, it's hard to think of it as my creation. He's some kind of dot based on a satellite (thus the panels on his back and "radio waves" coming from his antennae).To me, he seems like the kind of weird character that ends up as an Olympic mascot, perhaps the product of a committee.