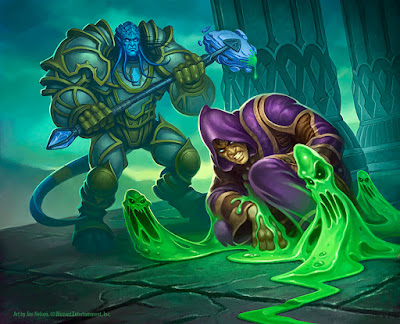 Here's another painting for the new Hearthstone set, Whispers of the Old Gods. Conceptually, this one started off from a slightly different place than it ended up. Originally, the slime creatures emerging from the ichor weren't a part of the picture. The wounded figure in the foreground was simply supposed to be "bleeding" green ichor. Then, the art description for the picture shifted and the green slime creatures were actually supposed to become the focus. That was tricky since it wasn't quite how I had originally conceived the artwork. Ultimately, with the help of art director Jeremy Cranford, I think I arrived at a pretty good solution. The green slime things were a blast to paint!

I'm including the original sketch below. 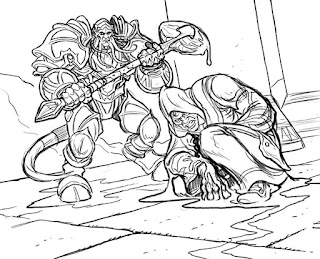