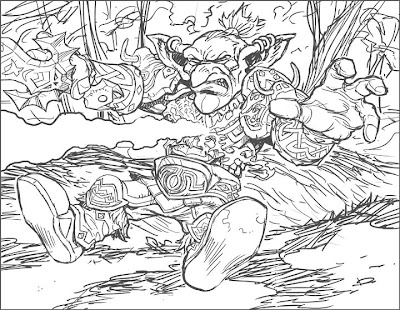 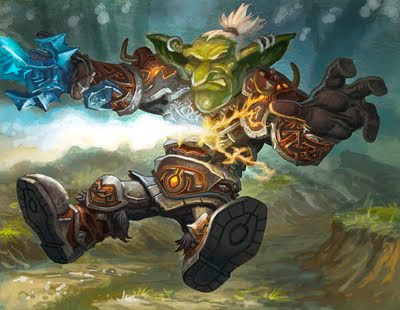 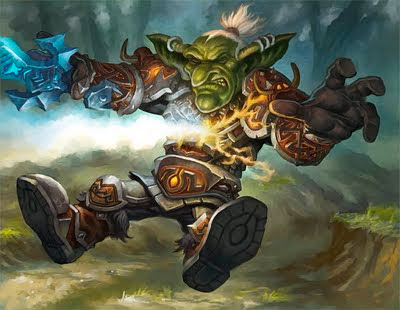 This is another painting created for the World of Warcraft Trading Card Game and it's another goblin, one of my favorite subjects. This fellow is being hit with a magical blast that contains both hot and cold energy. As you can see, it's literally knocking him off his feet.
I've included a few steps along the way to the final art so you can see the basic progression of the piece. As always, it began with a drawing (in this case, a digital drawing, drawn with a hard brush in Photoshop). From there, I blocked in basic colors and shapes, working things up until I had a nice balance of color and value. This step was also just done with a basic brush or two in Photoshop. Sometimes I actually prefer these early stages of a piece. There tends to be a loose vitality in them that's hard to maintain in the final.
After establishing the colors and values, I opened the picture in Painter and began blending and refining it, adding texture to some areas and smoothing it out of others.
Finally, it was back to Photoshop to finish it off with more refining, detail work and textural touches like the spatter you can see in the energy blast.
Posted by Jim Nelson at 7:09 AM