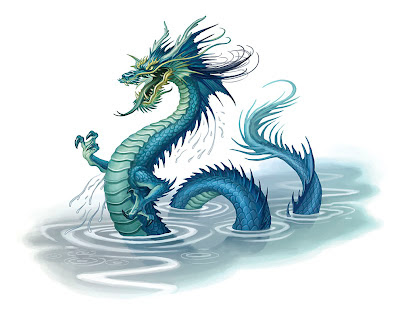 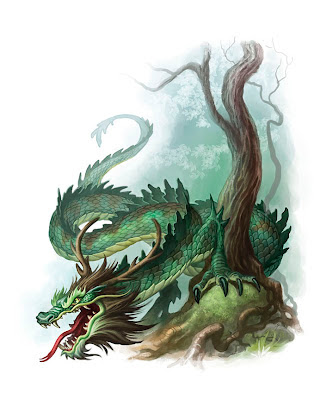 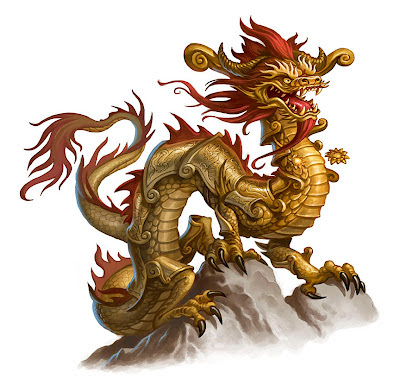 I'm writing a bonus post this week. The images above are chinese dragons I designed for Paizo Publishing's recently released Pathfinder Bestiary 3. The three dragons you see are a water dragon, a forest dragon and a sovereign dragon. The latter is meant to be a golden king of the dragons.
I had a great time designing these pieces. Each dragon was described as long and serpentine and I tried to strike a balance between the stylized, graphic way such creatures were often represented in traditional chinese art and something slightly more realistic. In other words, I didn't want to make them totally realistic because I felt they would lose some of the design elements that really make them interesting. I hope you like the results!
Posted by Jim Nelson at 8:01 AM