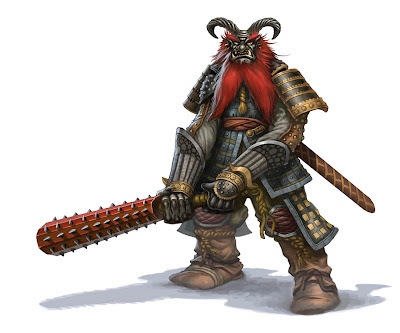 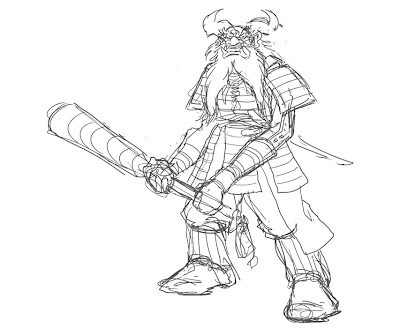 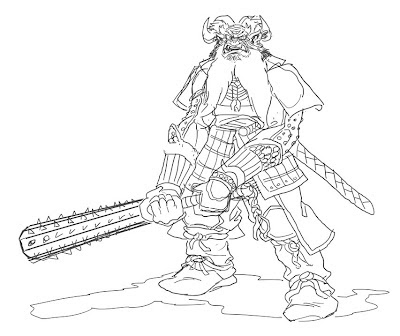 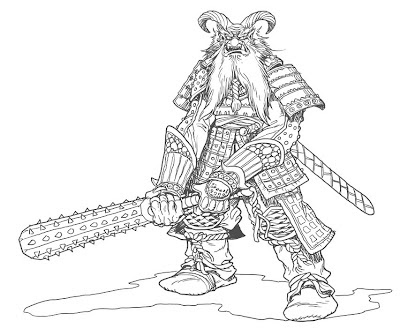 This fellow was painted for Paizo Publishing's Dragon Empires Gazetteer. I've posted Yai on this blog before (back in August and September of 2011). They are a type of Oni, a creature from Japanese myth and folklore.
I'm posting some preliminary sketches for this piece, although there was nothing terribly mysterious about the process. I began with a few loose roughs, eventually settling on the rough sketch above. From there, I simplified and refined my initial idea a little, shifting the position of the club and defining the shape of the character. I then added detail and refined the drawing until I had a nice, clean character design on which to base the painting.
I wanted this character to feel large but I didn't want to "hulk" him out and with no background, I couldn't use a surrounding environment to reinforce his size. Consequently, I added a bit of extra slope to his shoulders and made him bottom heavy to give him a strong sense of mass, almost as if gravity has gradually shifted the bulk of his body downward. If I'd made his head smaller, he'd practically be a triangle, which is just what I wanted!
Posted by Jim Nelson at 8:48 AM