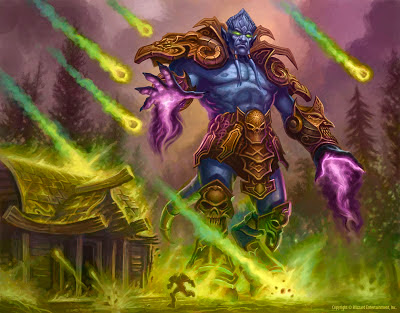 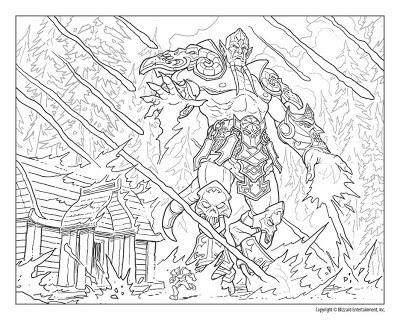 This painting was created for the World of Warcraft card set, Caverns of Time. I've included the preliminary drawing. The title character, Archimonde, is apparently a big baddy in the game and because he's literally big, this piece was a blast to put together. Any kid who grew up watching giant monster movies can understand why.

The painting went through some changes. If you compare it to the sketch, you'll see that Archimonde's head changed. The flames and the shower of flaming debris were all initially painted in warm oranges and yellows but were eventually changed to what you see above. In the end, I think that worked out well and improved the piece.
Posted by Jim Nelson at 6:01 PM