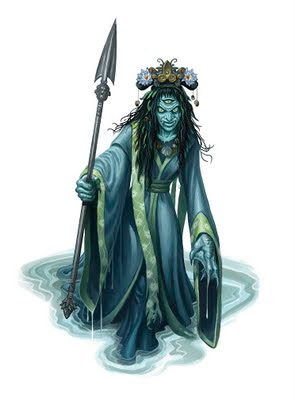 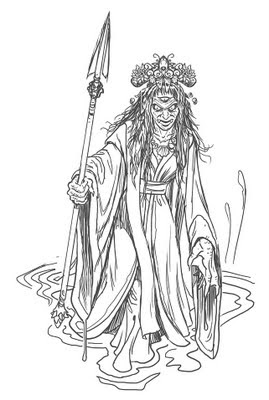 This piece was one of four different yai (a type of Oni) I painted for Paizo Publishing's book Jade Regent: The Brinewall Legacy. Oni are creatures from Japanese mythology, often similar to ogres, trolls or demons in western mythology. Each of the four yai I painted is associated with something elemental (water, fire, wind, etc.). I tried to give each a unique visual flavor while also making them appear loosely related to one another. It's a challenge to adapt the often flat, graphic style of ancient Japanese art to a more contemporary, western style of illustration but it was a lot of fun. The features of Japanese mythological beings have a bold character that's blast to draw.

I'll be posting another Yai tomorrow so please come back for more!
Posted by Jim Nelson at 3:35 PM