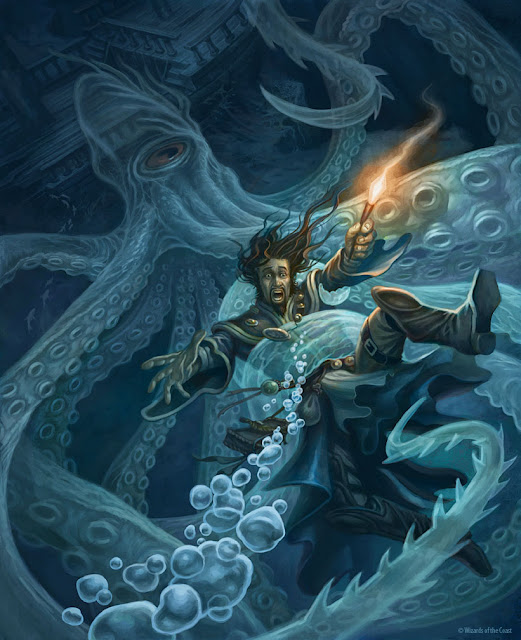 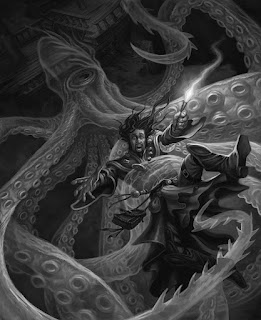 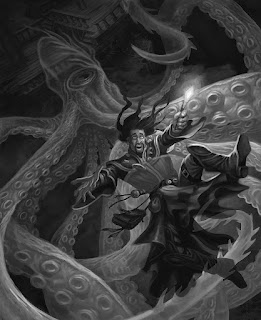 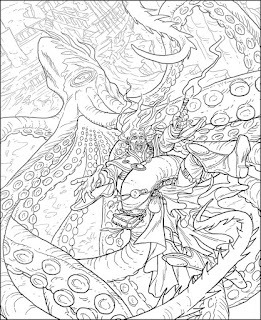 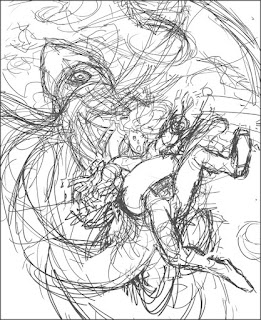 I was happy with the way the picture turned out and so were the kind folks at Wizards of the Coast so I hope you like it too. In addition to the final painting, I've attached my initial rough, the preliminary drawing, the first gray study and the final gray value painting.
Posted by Jim Nelson at 8:47 AM