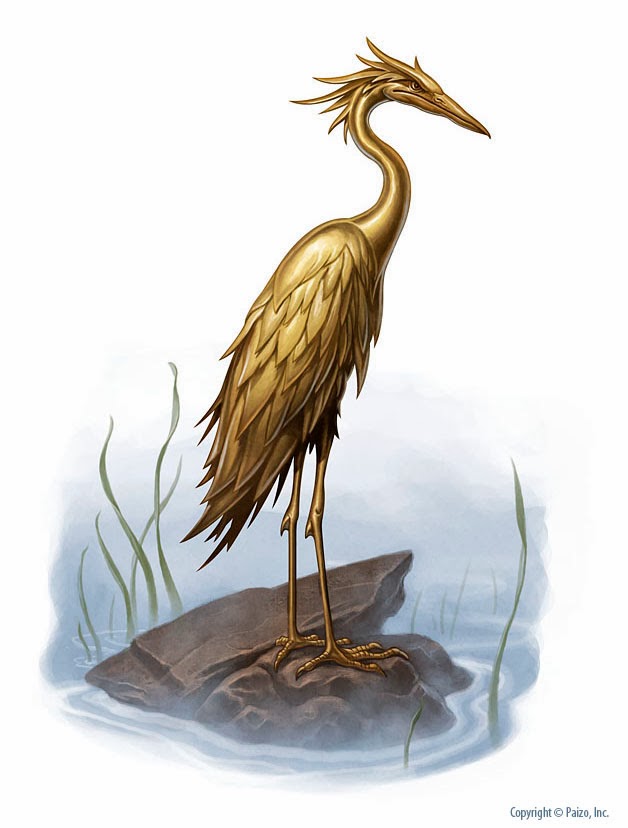 Here's another creature I painted for the Pathfinder Pawns: Bestiary 3 Box. It's essentially a heron made of brass. I love drawing and painting animals so naturally, I had a good time with this one!
Posted by Jim Nelson at 7:28 AM 2 comments: 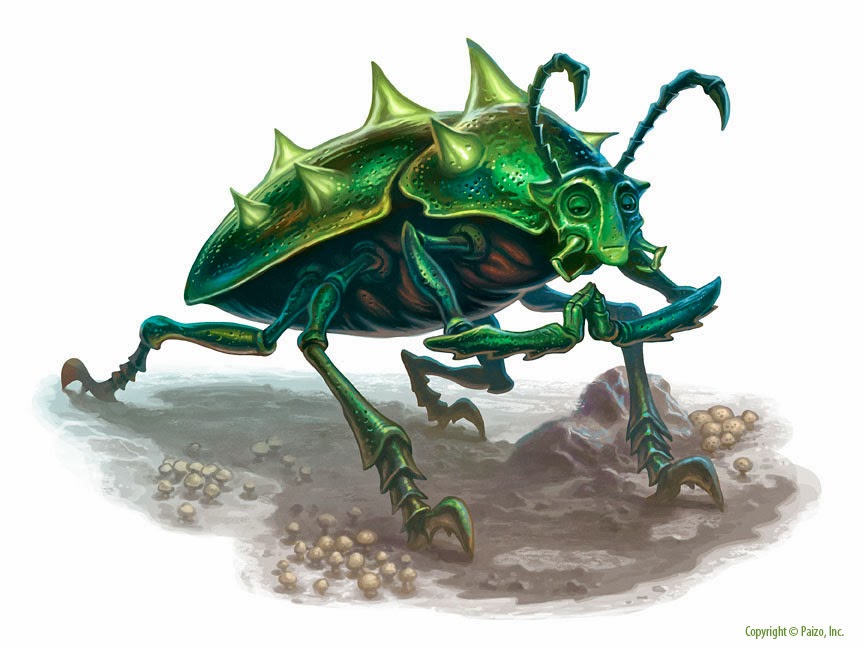 This odd creature, a huge beetle with a human-like face, was created for Paizo Publishing's Pathfinder Pawns: Bestiary 3 Box and like the squonk I recently posted, it was really fun to design. I relish opportunities to design creatures that aren't big, menacing, "bad ass" monsters, equipped with massive teeth and claws. That stuff is fun too but quirky, strange, more atypical creatures like this are far more interesting to me. In addition to being a beetle with a human face, it was described as placid, "kind of an underground Buddhist beetle".  I'd like to think I managed to capture that tone.
Posted by Jim Nelson at 7:09 AM 3 comments: 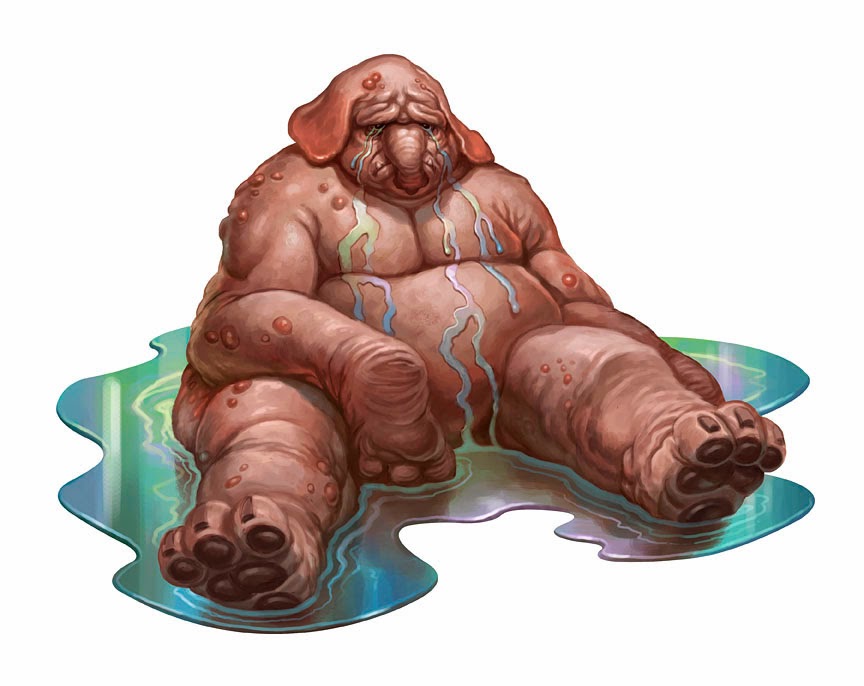 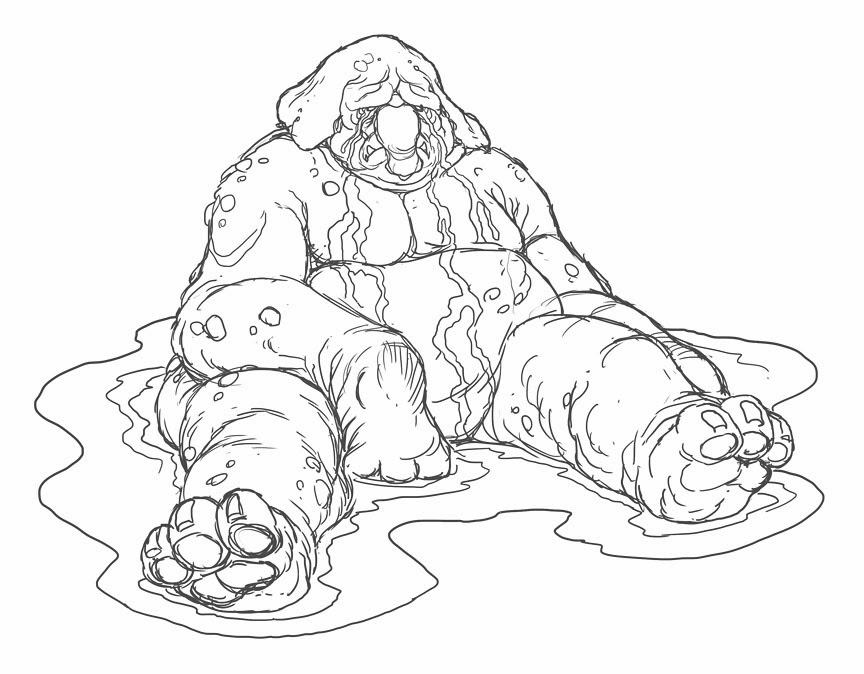