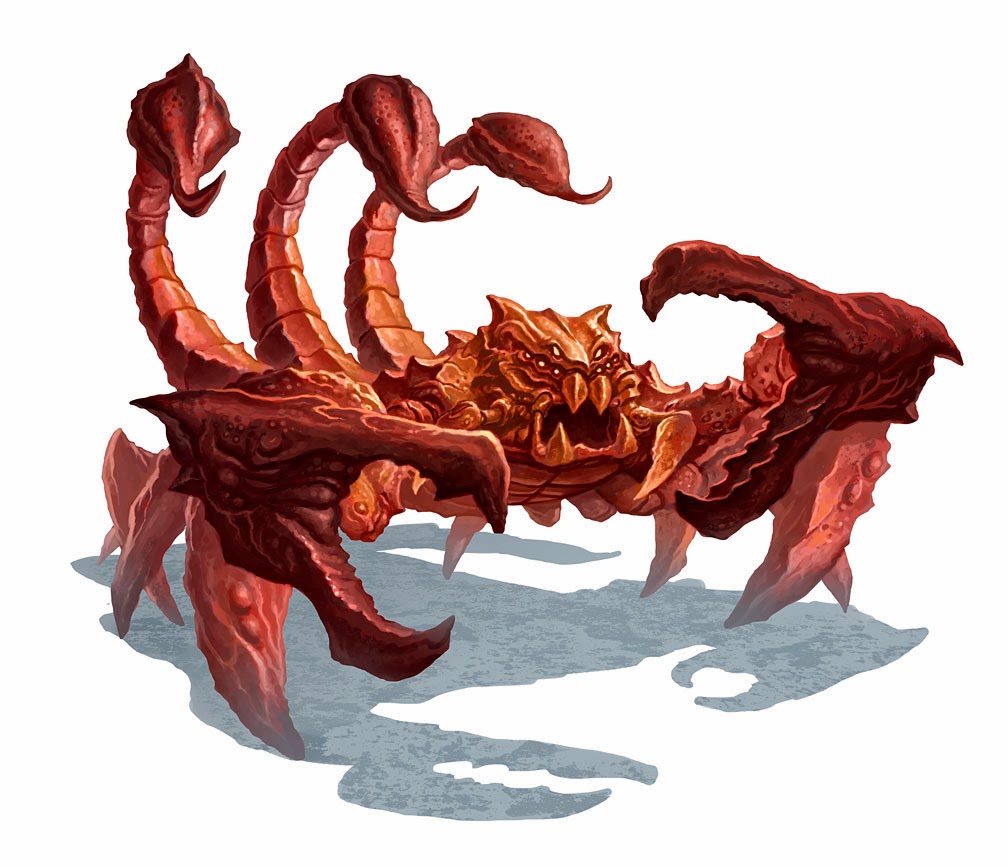 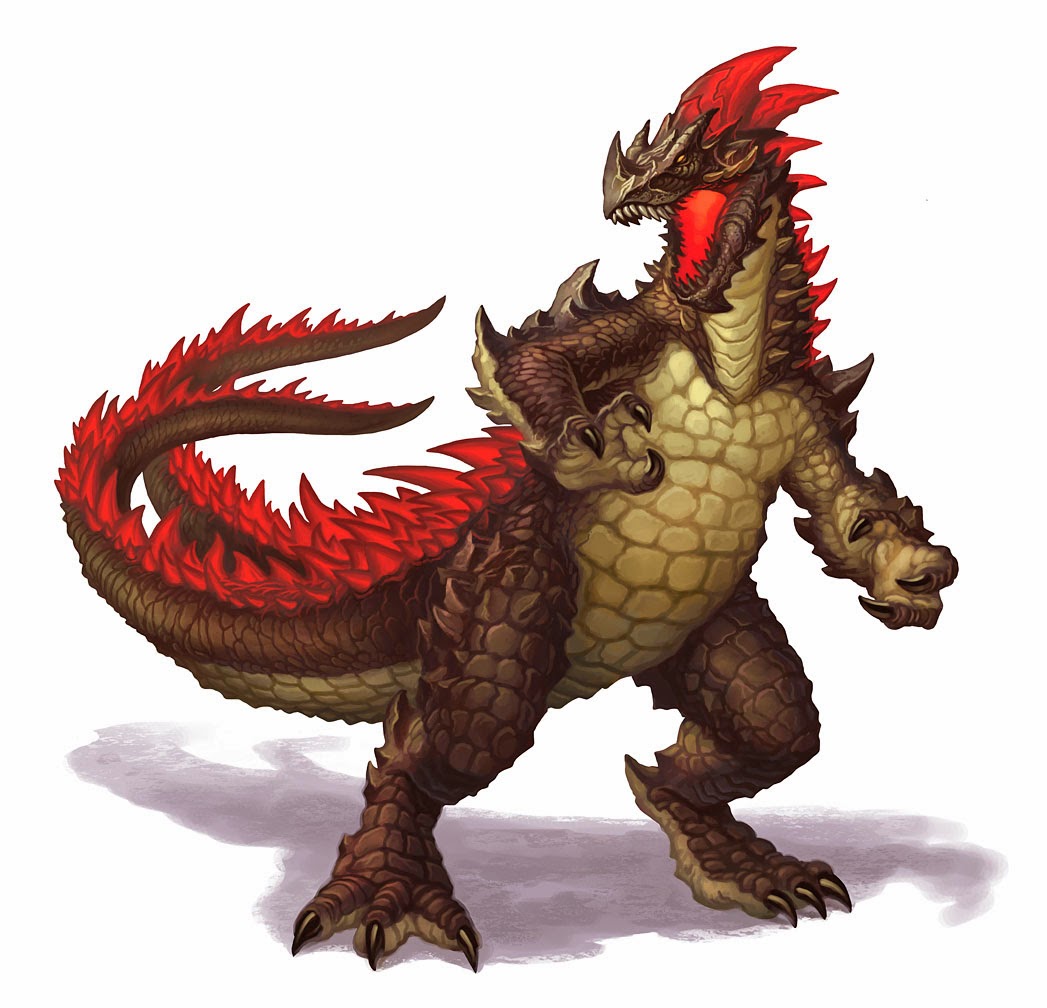 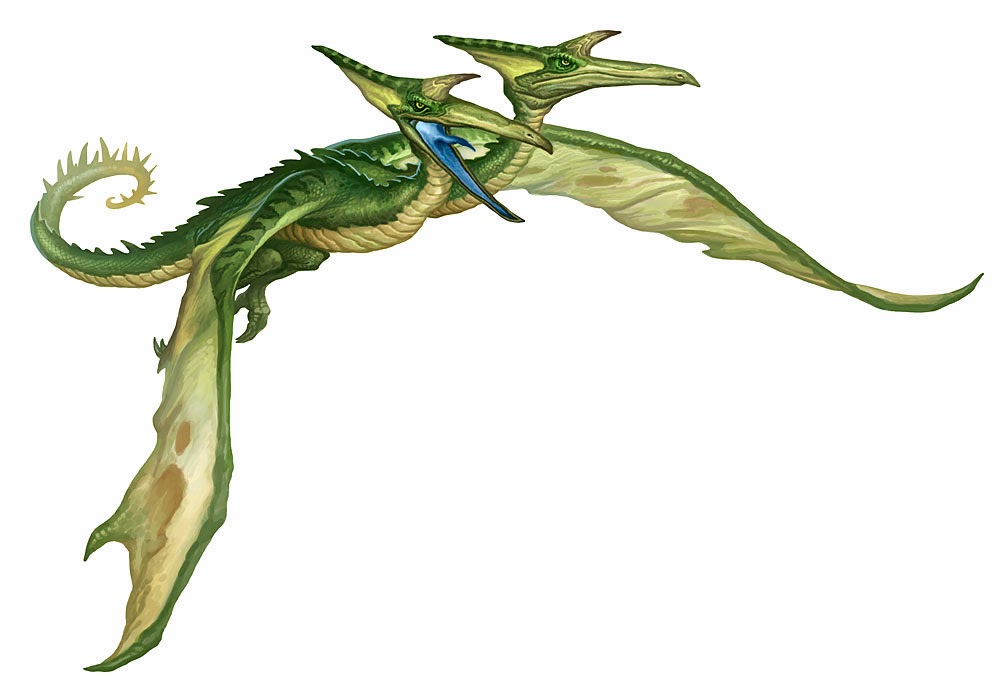 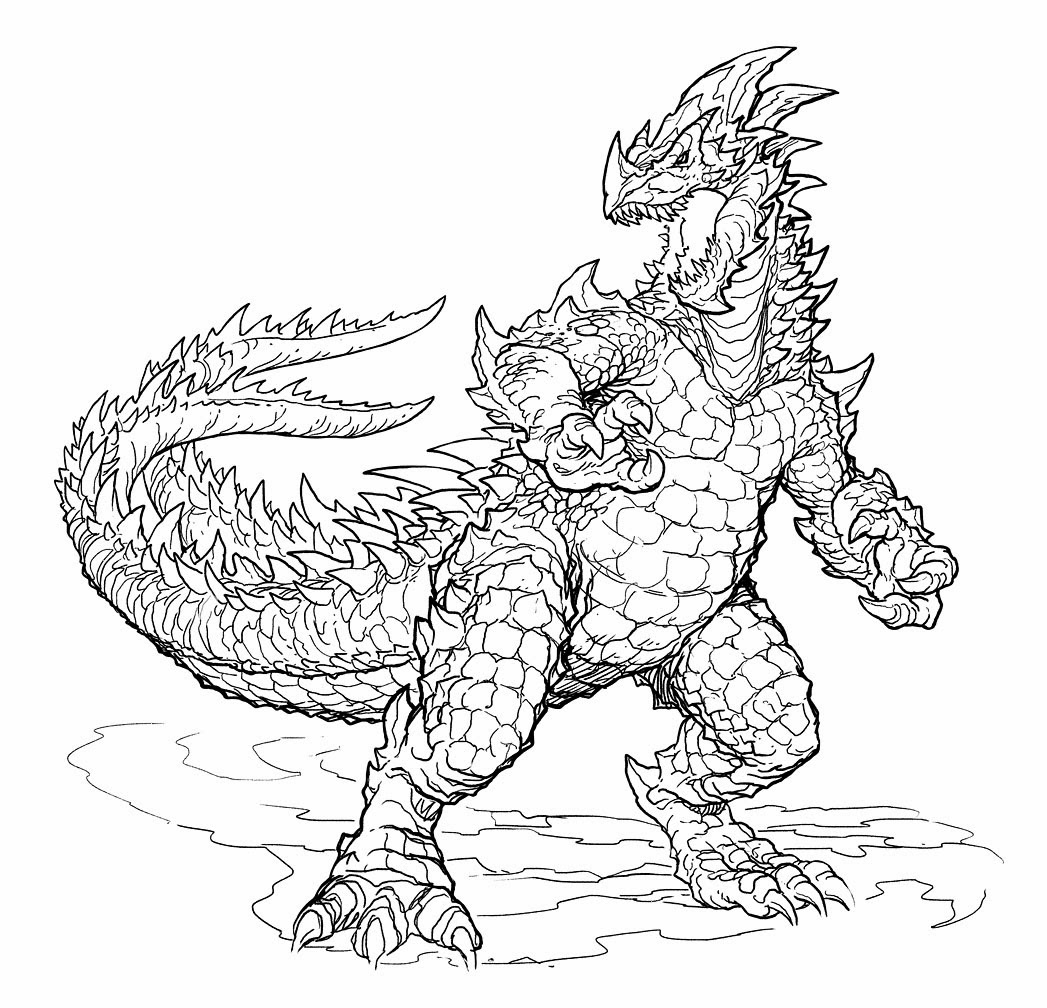 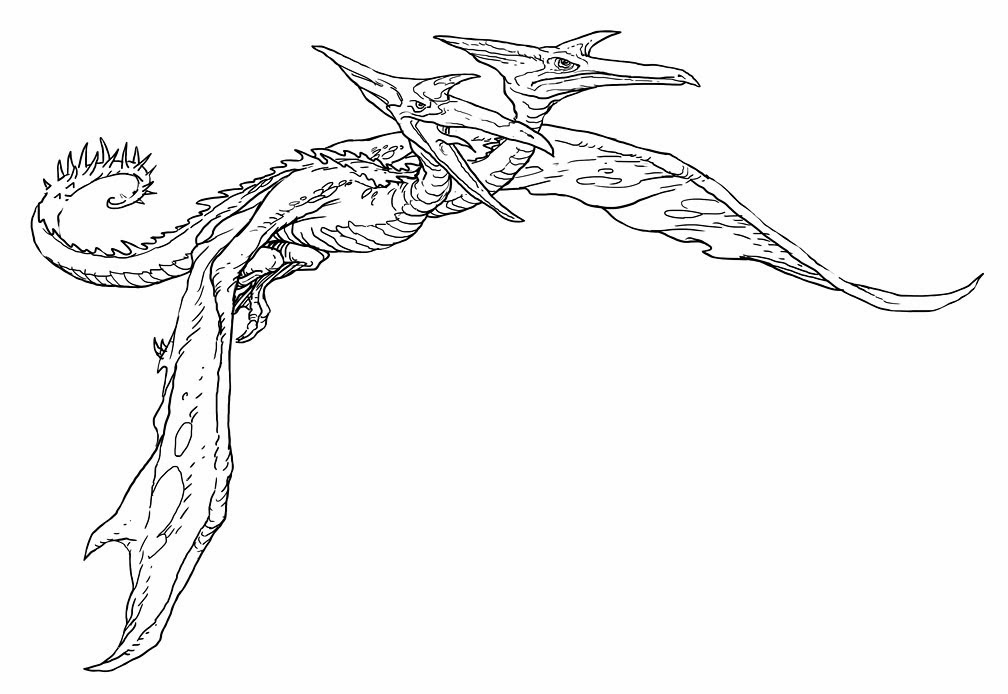 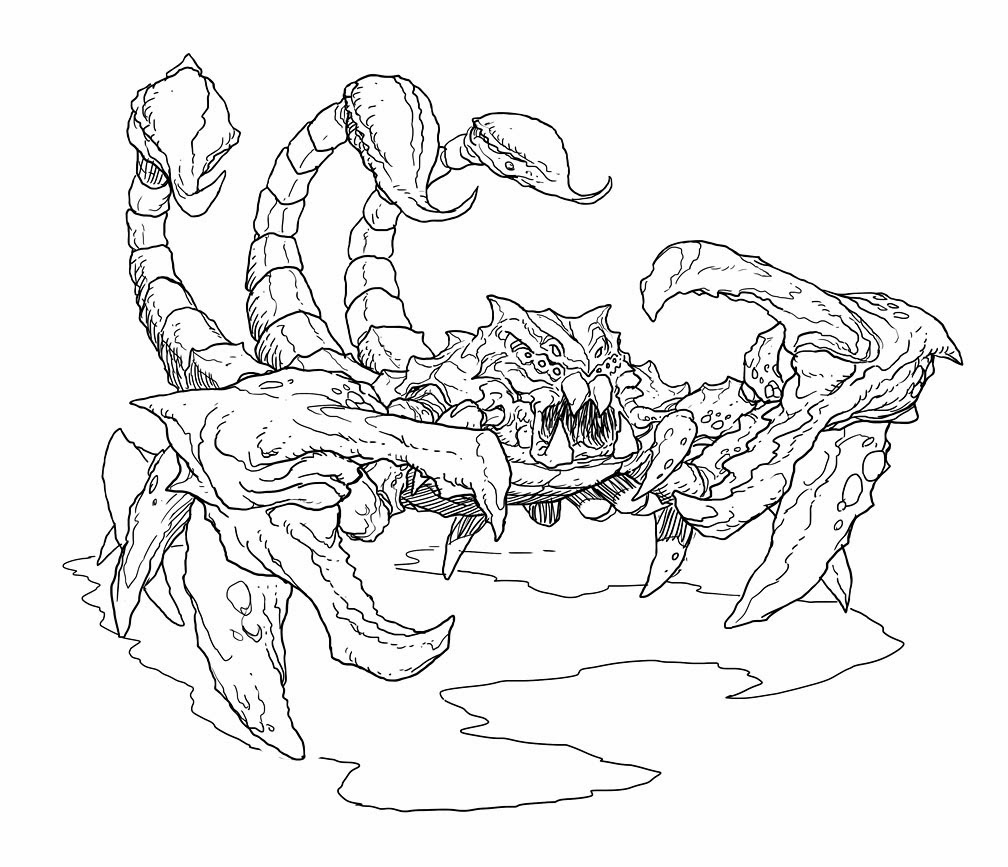 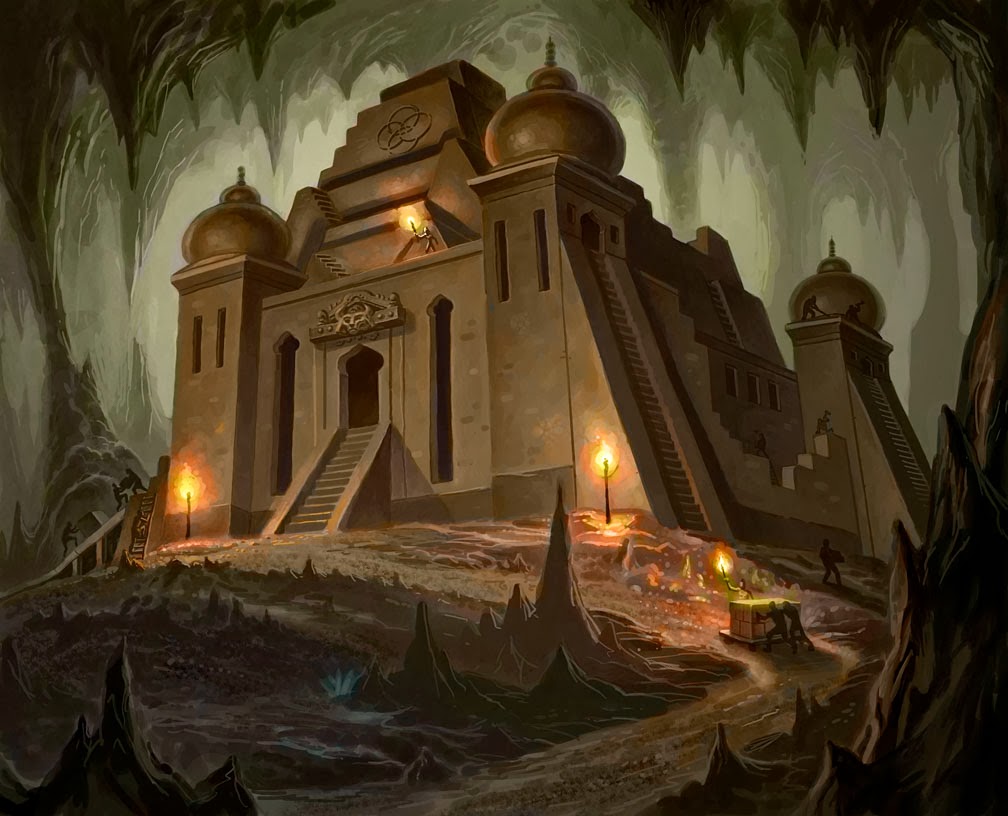 I painted this scene for a card in the D&D game expansion Lords of Waterdeep: Scoundrels of Skullport. It's a subterranean temple. If you look closely, you'll see a few workers who are still building it, hence the title "Establish a Temple".

This piece presented some lighting challenges since it's a subterranean scene. It needed to read well but still look like it was underground. I ended up backlighting the temple and using a muted ambient light from an unclear source, punctuated by some torchlights.

I had a good time designing the temple and overall, I was very pleased with the final painting.
Posted by Jim Nelson at 12:47 PM 6 comments:

Email ThisBlogThis!Share to TwitterShare to FacebookShare to Pinterest
Labels: dungeons and dragons, temple 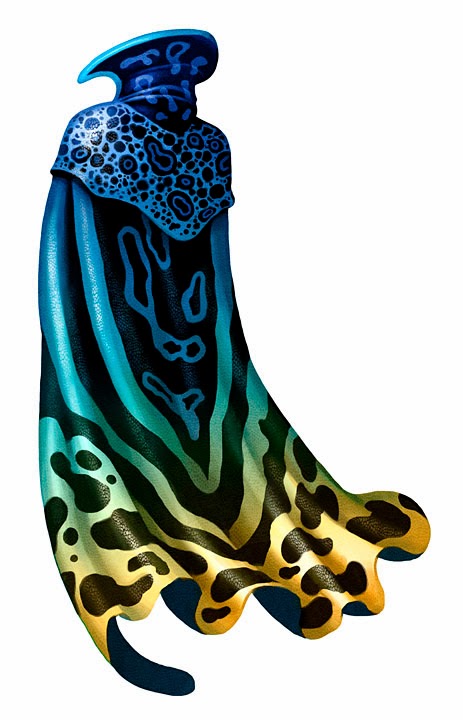 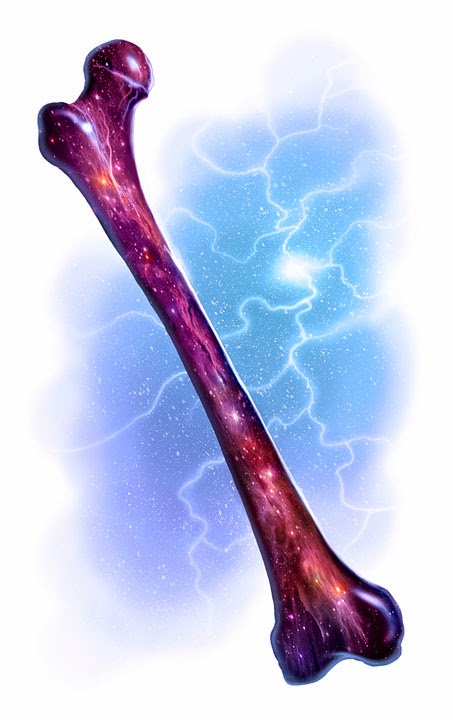 I did these 3 illustrations for Dragon magazine #428 last Fall. The first is titled Eye of Thkaalujin and, as an experiment, was painted almost entirely using square-shaped brushes. I wanted to loosen up a little and that helped me do it. The composition was a bit of a challenge too as I needed to show the titular eye in both the book the wizard character is holding and also on his forehead. The eye is actually a curse. Once the wizard opened the book, the curse/spell was activated and the eye manifested on his forehead!

The two spot illustrations were great fun. The Krylanthian Cloak is a cloak made of exotic frog skins and the Bone Scepter of Zceryll is a magical item that, as you can see, appears to be made of a vast, cosmic realms of space.

Last summer, I had the opportunity to do some illustration and design work for Keepers of Grimoire, a new fantasy game currently being created by Orca Bear Studios. Perhaps the most important aspect of the assignment was to create the logo for the game. It was a challenge I relished since I did that sort of design work all the time earlier in my career.

I was very pleased with the results (as were the folks at Orca Bear, which is what really counts) and I may put together a "process" post about the logo in the near future. Meanwhile, here it is and I hope you like it!

You can learn more about Keepers of Grimoire at: http://www.keepersofgrimoire.com/
Posted by Jim Nelson at 7:35 AM 5 comments: