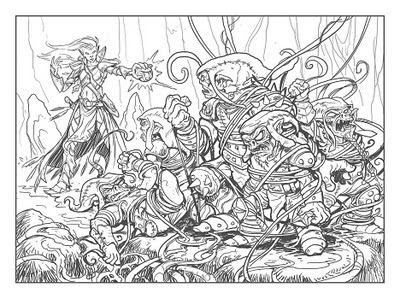 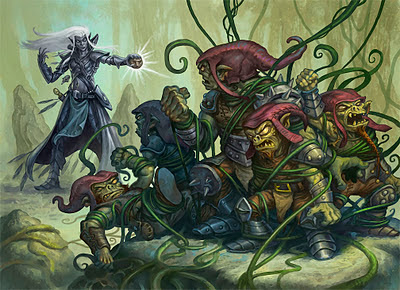 I created this piece for a recent Dungeons & Dragons release called Heroes of the Feywild. It was drawn and painted in Photoshop, with a little blending done in Painter. The little fellows being attacked and trapped by vines are spriggans, which are creatures found in Cornish folklore. Traditionally, spriggans are small, grotesque fairies that haunt remote places like ruins, barrows and standing stones. As you can see, the D&D take on these creatures doesn't stray far from tradition. they're still little and still grotesque (which makes them fun to draw!).
Posted by Jim Nelson at 11:56 AM