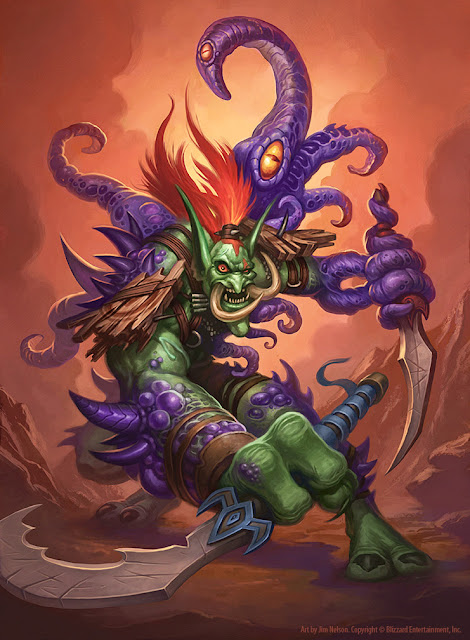 Here's an image I painted for the upcoming Hearthstone set, Whispers of the Old Gods. It was an absolute blast to create as it gave me the opportunity to really push the character, colors and forms (you can twist and turn tentacles so they go in whatever shape and direction you'd like).

I'm able to share this now, before the set is released,  because the artwork has been "spoiled". It's been used as part of a worldwide ad campaign to promote Whispers of the Old Gods. I found out the other day that this image is now a mural in Australia! It would be an understatement to say I'm thrilled about that. I'm sharing a  photo of the mural here. I wish I could credit the photographer but unfortunately, I don't know who took the picture (so if if any of you do, please let me know and I'll update this post with a credit). 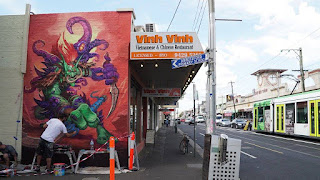