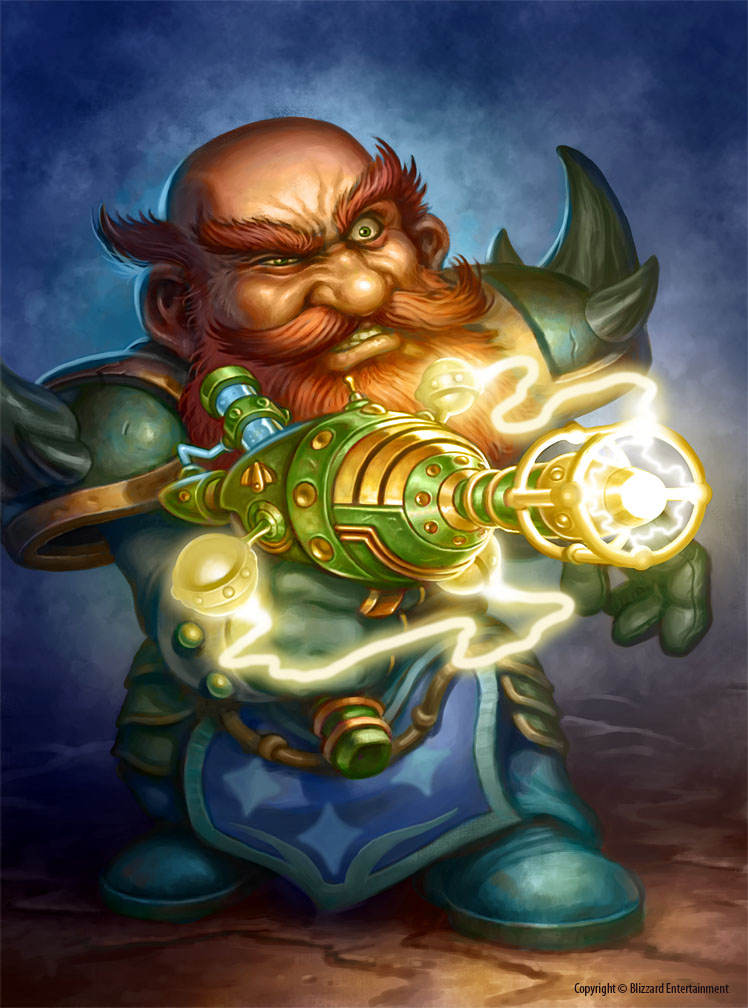 This is one of the illustrations I did for the upcoming Hearthstone expansion, Goblins vs. Gnomes. It was an absolute blast to paint this gnome priest wielding a crazy"shrink ray"gun. I love old toys and vintage science fiction art so the Shrinkmeister's weapon is partially inspired by vintage ray gun toys. However, I also tried to create something very much in the spirit of existing gnome tech in the World of Warcraft universe.


I've included some images below

to illustrate my process on this piece. I began with a simple drawing, utilizing a custom "pencil" brush I created in Photoshop. Then, using a few different brushes, I began building up the values of the picture in gray, eventually ending up with a very finished image in black and white. Next, I began "glazing' color on layers over the black and white image, gradually building up the intensity of the color. The energy effect was painted on a layer as well.

As I mentioned above, the Goblins vs. Gnomes expansion hasn't been released yet but 30 of the cards froim the set were revealed at Blizzcon last weekend: http://www.gamespot.com/articles/a-look-at-30-cards-from-the-new-hearthstone-expans/1100-6423453/ 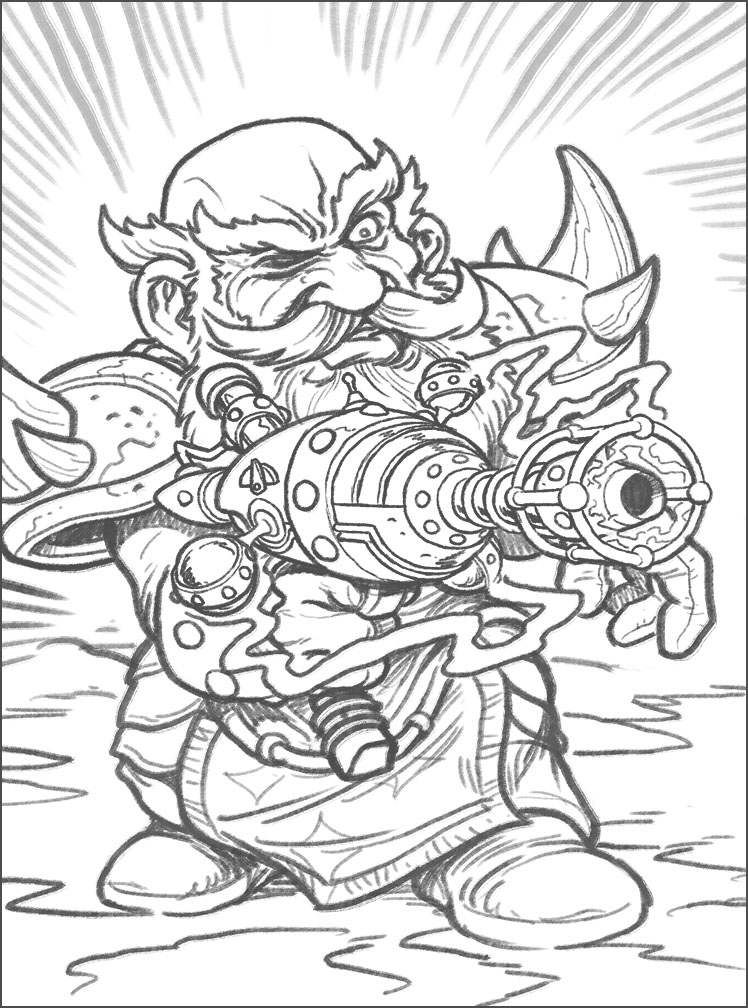 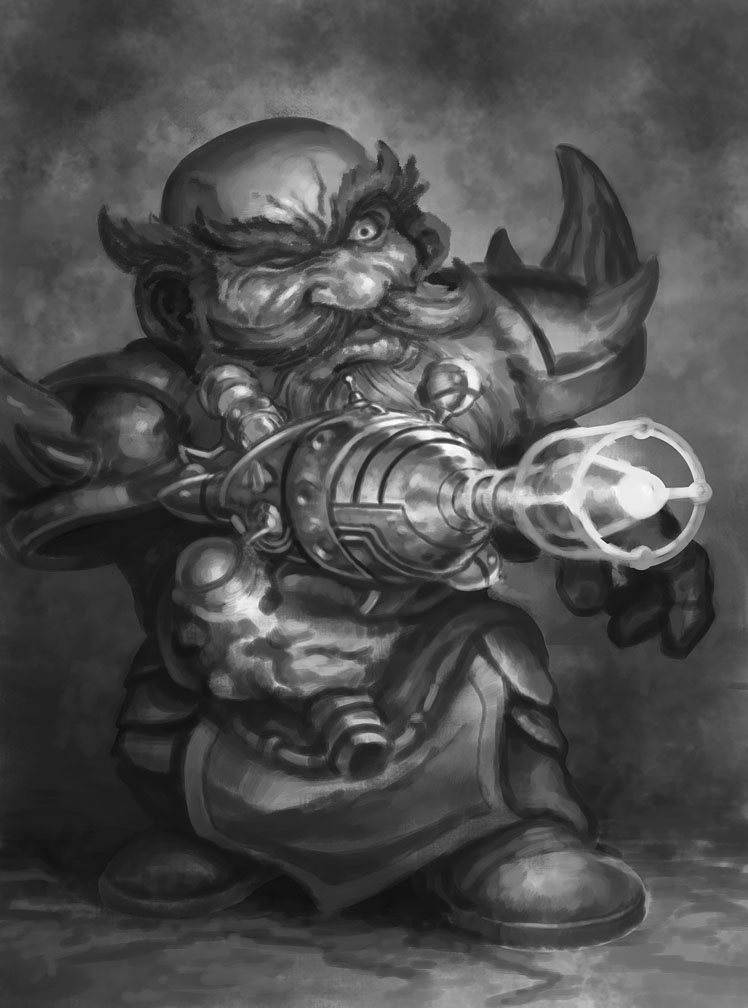 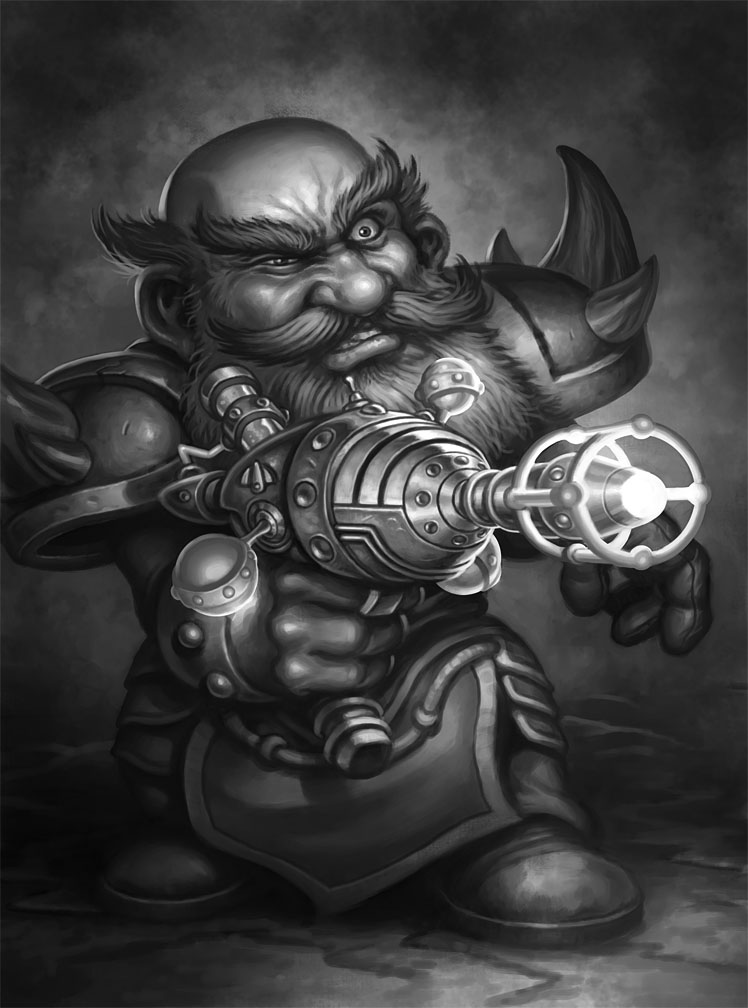 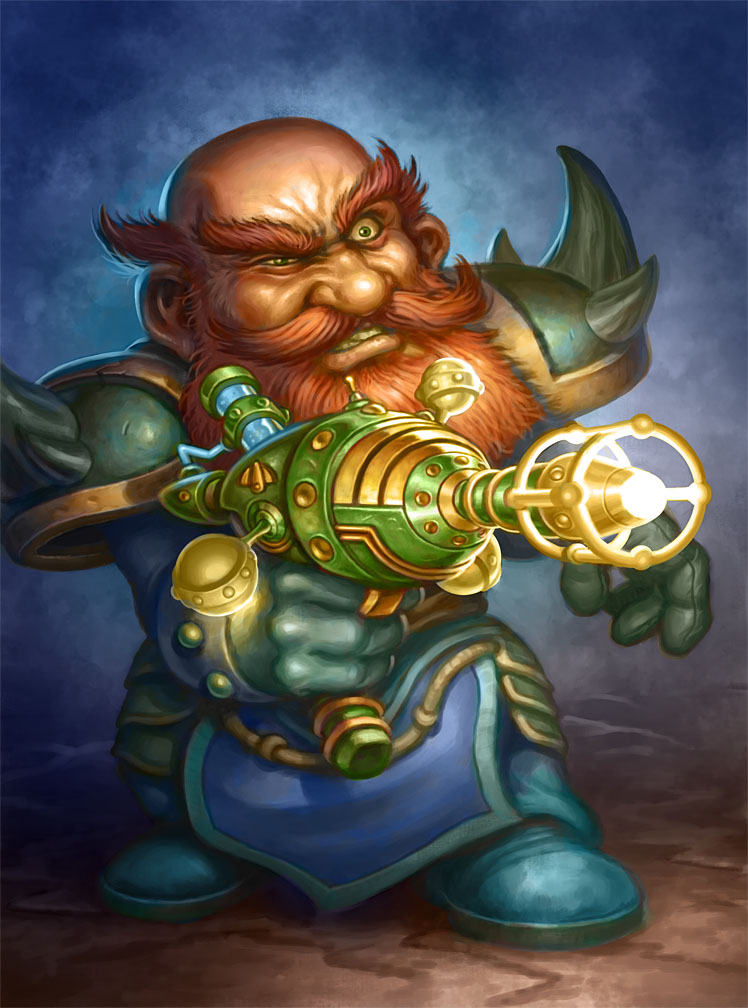 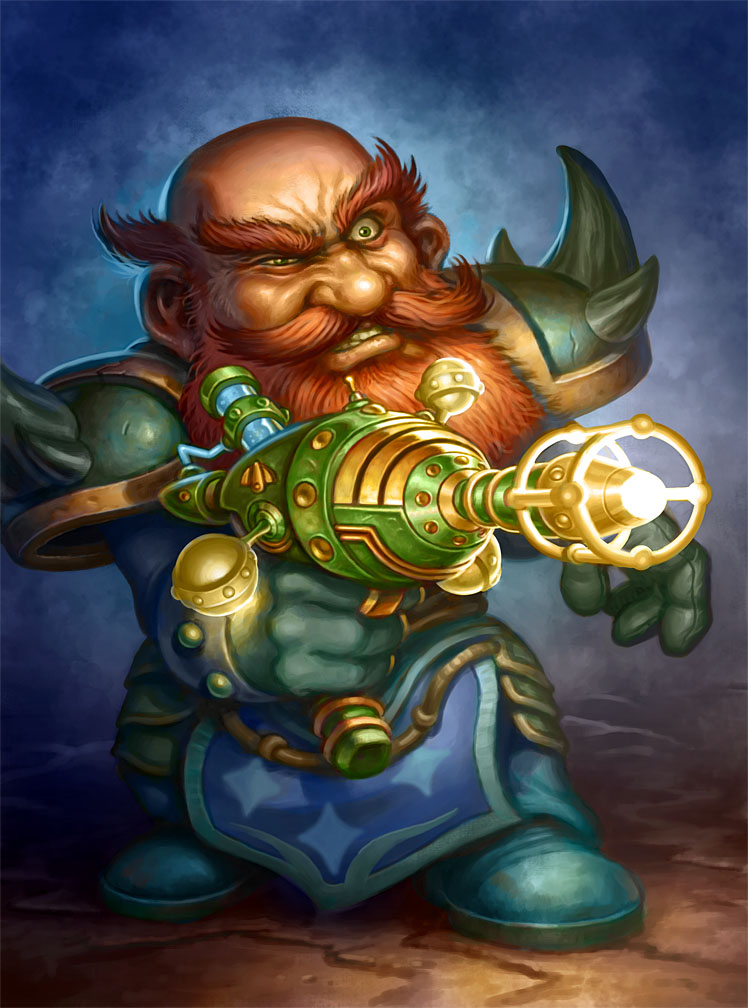