As I mentioned in my previous post, this painting went through some interesting changes during the development process. Here are some of the steps along the way.
1.) My preliminary sketch.
2.) Working in Photoshop, I blocked in basic colors and values and started developing a few details. The latter were only added after the blocking-in process but alas, I didn't save a version of the painting with just the basic colors and values in place.

As you can see, I also added a texture over the ground using a transparent layer.

3.) More development: At this stage, I had begun working on the girders in the background and I shifted the color of the cement-slinging vehicle from orange to a bright red. Most of the work was done with the Hard Round brush in Photoshop, or with a brush named "Airbrush Pen Opacity Flow".

4.) The color of the girders in the background was changed from red to a cool blue to push them back and keep them from competing for attention with the foreground elements. Texture and detail were added to the vehicle.

5.) Next, I began developing the character by adding details and refining shapes. I also did a bit more work on the background.

6.) Having completed the central elements of the picture, I refined and developed the rest of the background (and the actual ground) and the picture was finished...

7.) ... or so I thought! It turned out that the girders weren't an appropriate element for the game setting so they had to be removed. They were replaced with more clouds and stacked bricks and then the picture was truly finished.

I actually prefer the version in step 6. I think the strong vertical lines of the girders really added something valuable to the composition but hopefully, both versions of the picture are successful. 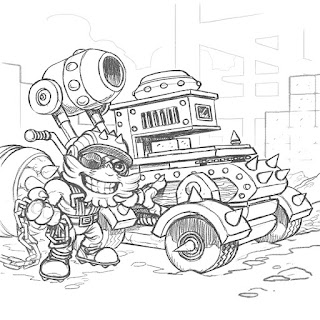 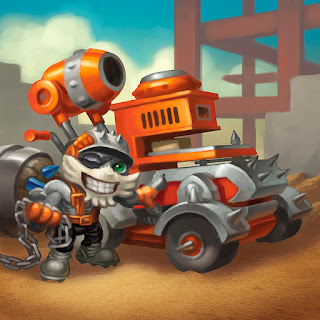 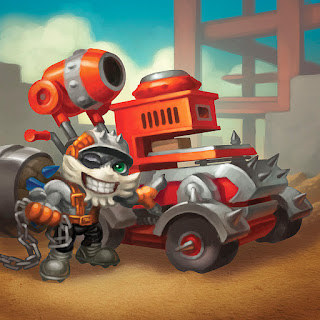 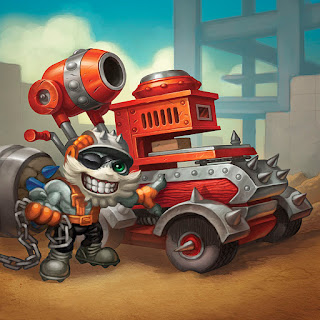 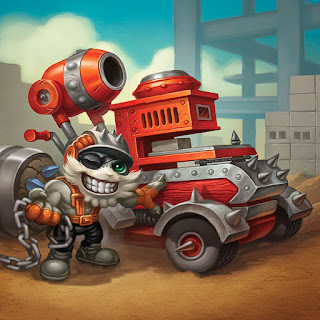 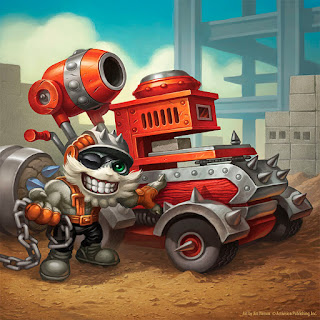 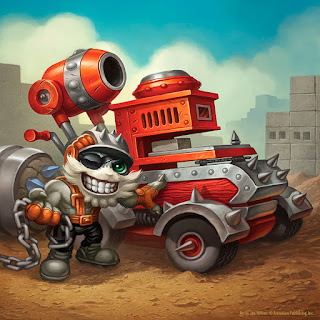